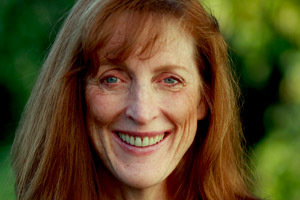 Dr. Kathryn Green is a full professor of voice and director of Shenandoah Conservatory’s graduate vocal pedagogy program. She has been instrumental in developing the Doctor of Musical Arts in Vocal Pedagogy program and initiating the first Master of Music degree in CCM Voice in the United States.

Her research has been published in the Journal of Voice (An Analysis of Current Casting Trends in Musical Theatre) and in the Journal of Singing (Deciphering Vocal Demands for Today’s Broadway Leading Ladies). Her previous research has included a 10-year tracking of market trends in collegiate voice teaching positions presented at the Voice Foundation and a survey of vocal pedagogy graduate program in the United States at the Pan-European Voice Conference (PEVOC) in Dresden, Germany.

Dr. Green received her DMA in Performance at Cincinnati Conservatory of Music and a substantial scholarship from the state of New York to research the Hymnody of the Seneca Native Americans, which became her doctoral thesis.

She has been a guest clinician throughout the United States and internationally, including the Universität der Künste Berlin, Hochschule der Künste Lübeck in Germany and Sao Paulo University in Brazil.

Contralto Kathryn Green has performed oratorio, leading operatic and musical theatre roles both in Europe and the United States. As Director of the CCM Vocal Pedagogy Institute she has championed contemporary commercial vocal training and research. She has been instrumental in creating the Doctor of Musical Arts-Voice Pedagogy program as well as initiated the first Master of Music degree in Contemporary Commercial Music (CCM) Voice in the United States. Dr. Green serves as professor of voice and Director of the Voice Pedagogy Graduate Programs at Shenandoah Conservatory.