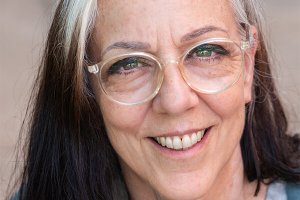 Kirsten’s professional experience includes a two decade-long affiliation with the prestigious and nationally renowned Contemporary American Theater Festival, both as a dialect coach and as an actor, where, most recently, she coached dialects for Jon Kern’s “Modern Terrorism,” Bess Wohl’s “Barcelona” and Evan Wiener’s “Captors.” In years past, she has had the privilege of coaching the world premieres of Pulitzer Prize-nominated playwright, Lee Blessing’s, “Thief River” and Pulitzer Prize-nominated playwright, Keith Glover’s, “The Rose of Corazon,” as well as American theater icon, Sam Shepard’s, “The Late Henry Moss.”

In addition to these, she has coached many works of global importance, such as J.T. Roger’s “The Overwhelming,” about the genocide in Rwanda, and the world premiere of Catherine Filloux’s, “The Silence of God,” about the genocide of Cambodia, to which Catherine wrote about Kirsten’s involvement in the production, “When smoke rises to the heavens tonight and every night, souls will be released. Thanks for all you’ve done to make this happen.”

At Shenandoah, Kirsten’s recent directing credits include, “In the Red and Brown Water,” “Side Man,” “Les Liaisons Dangereuses,” “Metamorphoses,” “Dancing at Lughnasa” and “The Three Sisters.”

Kirsten is a published voiceover artist. In 2014, her two most recent projects, available through Laissez Faire Books are “God of the Machine” and “The Critics of Keynesian Economics.” She is also a published and produced lyricist with songs appearing on the Billy Thompson CD, “A Better Man,” produced by Grammy-winning producer, Tony Braunagal and his 2012 release “Friend.”

Shenandoah gives one the opportunity to grow as an artist and as a human being through rigorous training and exploration.

Kirsten works with arts affiliations in the community advocating arts initiatives for school aged children and adults alike. She is a published and produced lyricist and enjoys writing as a natural extension of her theatrical work.