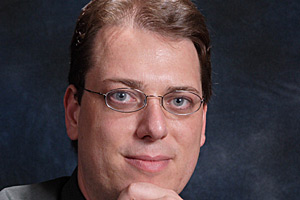 Matthew Herman’s compositions have been played throughout the United States and abroad. Performances of their woodwind sonatas have taken place at the International Double Reed Conference, the International Clarinet Festival, and at the Weill Recital Hall of Carnegie Hall. They have served as composer-in-residence on several occasions, including Scranton University in 2007 and Central Dauphin School District in 2009.

Dr. Herman also served as the chief editor for The New Elson’s Pocket Music Dictionary, published in 2009 by Theodore Presser Company. Their research interests include the late works of Shostakovich and the pedagogical techniques developed by Vincent D’Indy at the Schola Cantorum of Paris.

As a music theory instructor, I believe it is not enough to simply impart knowledge. I see it as my duty to spark an enthusiasm and lifetime interest in music theory in my students, so that they can share that enthusiasm with their own students.