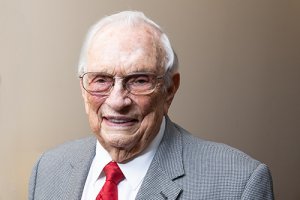 After retiring from the defense industry as President & Chief Operating Officer of BDM Corporation in McLean, VA, Stan Harrison became dean of Shenandoah University’s  School of Business, where he led a major expansion that has attracted students from many countries. His educational work has earned many distinguished honors, including the title of dean emeritus from Shenandoah University and two honorary professorships from universities in China. The building in which the School of Business is housed, Halpin-Harrison Hall, is named in honor of the Halpin and Harrison families.