Ann May Dellinger (D ’60) retired from Sentara Rockingham Memorial Hospital after 52 years. She began in the medical records department, and then moved to Northern Virginia, where she worked at Fairfax Hospital. The family returned home in 1967 after welcoming two sons into the world, and Ann returned to Rockingham Memorial Hospital in 1970. She loved her years at Shenandoah and the many friends she made there. She was encouraged to attend Shenandoah by her mother, Vada Hensley May, who attended Shenandoah in the 1920s and finished her education at Madison College (now James Madison University). Ann is enjoying retirement and thankful to God for each day he gives her.

Norman McCorkle (C ’60) has been cataloguing thousands of family photos from over the past 100 years and has recently written an article about his great grandfather that will be published in The Journal of the Rowan County NC Genealogical Society. Edrie Means Weekly (C ’84) was a contributing author for “Training Contemporary Commercial Singers,” a book by Elizabeth Benson released by Compton Publishing in 2020. (Pictured to the left.) Carla Milton (AS ’95), who serves as head volleyball coach at Millbrook High School in Winchester, Virginia, was featured in a coach spotlight in The Winchester Star.

Lisa Sliger Dellinger (HP ’96) received the Nightingale Award for her work as a critical care nurse at Winchester Medical Center in Winchester, Virginia.

Shannyn Tetro DeHaven (AS ’00) was named the 2021 Teacher of the Year for Frederick County Public Schools in Winchester, Virginia. 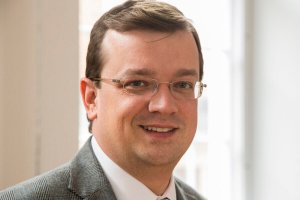 Jonathan Noyalas’ (AS ’01) latest book, “Slavery and Freedom in the Shenandoah Valley during the Civil War Era,” is set to be released in early spring 2021. (Pictured to the left.) Sarah Howard-Carter (C ’02) was welcomed as the honored guest and speaker at the 2020/2021 Conservatory Convocation in August 2020. (Pictured to the right.)

Ashley Slemp Held (HP ’02, B ’02) is an assistant professor of occupational therapy at Milligan University in Elizabethton, Tennessee. She began her new position in the fall of 2020. 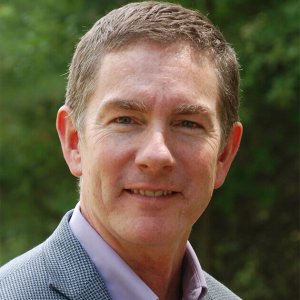 Byron Jones (C ’04) is a member of the INSeries 2020/21 virtual season; he will perform in December in the monthly recital series Invision: The Logan Opera House Without Walls. (Pictured to the left.) Ryan Keebaugh (C ’04) is an assistant professor of music and choral director for Bridgewater College in Bridgewater, Virginia, He began his new position in the fall of 2020. (Pictured to the right.)

Patrick McCoy (C ’05) wrote the article “The Sound of Something New” about the newly appointed executive director for The Washington Concert Opera, Tehvon Fowler-Chapman. The article was published in the Prince George’s Suite on Aug. 9, 2020. McCoy is also the guest host and creative producer for The Washington Concert Opera’s television series during the months of October, November and December 2020. Nathaniel Gumbs (C ’09) presented “We Shall Overcome,” a pipe organ concert filmed in the sanctuary of Second Presbyterian Church in Memphis, Tennessee in August 2020. (Pictured to the right.)

Annie Bradfield Tedrow (AS ’09) was named the executive director of The Blue Ridge Wildlife Center in Boyce, Virginia. Shana Powell Oshiro (C ’13) is co-leading 75 students in the music therapy community through the Race and #RealTalk program, which is a yearlong initiative. (Pictured to the right.)

Katherine Brady Peterman (AS ’13) began working as a case investigator at the Virginia Department of Health in Saluda, Virginia, in August of 2020. Nicholas Ruxton (AS ’14) is a video and interactive media specialist for Randolph-Macon College in Ashland, Virginia. He began his new position in September 2020.

Amy Lee (HP ’15) is a medical oncology physician assistant for Minnesota Oncology in Maplewood, Minnesota. She began her new position in March 2019.

Melissa Santoro (AS ’15) was recently hired as a video conference technician for the FBI Academy. Alex Haley (C ’16) made his television debut on “The Late Late Show with James Corden” on Wednesday, Aug. 19. He played guitar for the song “Supercuts” with Jeremy Zucker. (Pictured to the right.)

“Polkadots: The Cool Kids Musical,” directed by Christopher Castanho (C ’17) and performed at the Mill Mountain Theatre in Roanoke, Virginia, premiered on Broadway on Demand in October 2020.

Anna Billias (C ’17) co-presented a faculty recital titled “Sounds of the Season” in September 2020 at Washington & Lee University, where she is an adjunct instructor and piano accompanist.

Manuel Vasquez (AS ’17) completed the filming and animation for A Place to Be’s production of “The Land of Music.” A Place to Be was co-founded by, Tom D. Sweitzer, Jr. (C ’95, ’11), who serves as creative director of the production.

Brian Maye (AS ’18) is an assistant coach for the Shenandoah University men’s soccer team.

Mary Louise Moore Brashears (C ’43) passed away on Oct. 8, 2014. She enjoyed music, played the bassoon and was a music teacher for many years. She is survived by her children, grandchildren and sister. Zelda Bradley Fischer (D ’46, ’47) passed away on Dec. 27, 2019. She was a member of the Trinity Presbyterian Church in America in Harrisburg, Pennsylvania, and she was a member of the Happy Wonderers Community Choir in Middletown, Virginia, for many years. Zelda liked golfing and playing ping pong with her family; she was also known to rearrange her schedule to make it back to a Middletown High School reunion. She is survived by her son, two daughters, seven grandchildren and four great-grandchildren.

Doris Stovis Cox (D ’48) passed away on July 3, 2019. She was a teacher for Rockingham County Public Schools in Harrisonburg, Virginia, for 29 years and was a member of the First United Methodist Church in Broadway, Virginia, where she also sang in the choir. She is survived by two daughters, two sons, 12 grandchildren, 19 great-grandchildren, four great-great-grandchildren and her good friend, Frances.

G. Richard “Dick” Ward (D ’52) passed away on Aug. 19, 2020. Dick retired from the Navy in 1949 and went on to study at Shenandoah College and Shepherd College. During his teaching career, he worked in five schools, but most of his career was spent teaching and coaching football at Caesar Rodney High School in Camden, Delaware. He was a Master Mason for Hope Lodge No. 4, in Laurel, Delaware, and he was the Emminent Commander of the DeMolay commandry No. 4 in Alta Vista, Virginia. Dick is survived by his wife, Clara, two sons and a daughter.

The Rev. Bruce D. Gearhart (D ’59) passed away on Oct. 5, 2020. Bruce also earned degrees from Messiah College and Evangelical Theological Seminary. He served many Evangelical United Brethren churches throughout the early part of his career and attended the Uniting Session of the EUB and Methodist Churches in 1968, forming the United Methodist Church. The majority of his career was spent serving United Methodist churches in the Central Pennsylvania Conference, and he retired in 2001 after 42 years of service to the United Methodist Church. He is survived by his wife, Nioma, with whom he shared 60-plus years of marriage, as well as his four sons and many grandchildren and great-grandchildren.

Wayne G. “Ted” Reed (’63) passed away on Aug. 30, 2020. Ted served as the assistant city manager for the City of Winchester, Virginia; and town manager for the towns of Strasburg and Purcellville, Virginia, the cities of Buena Vista and Franklin, Virginia, and Coatesville, Pennsylvania. He was a lifelong member of Macedonia United Methodist Church in Whitepost, Virginia, where he served on several committees and sang in the choir. He is survived by his children, four grandchildren, two sisters, a “second” mother and step siblings.

Charles W. Galloway (’70) passed away on Dec. 15, 2018. He served in the U.S. Navy from 1962 to 1966 and retired from the federal government as part of the National Reconnaissance Office as an analyst. He is survived by his wife, their children, and a great number of extended family members.

David L. Zarefoss (C ’73) passed away on Sept. 11, 2020. He worked for Frederick County Public Schools and for the Shenandoah University Department of Public Safety for many years. David was a soloist at Trinity Episcopal Church in Upperville, Virginia, for four years, a member of Alpha Phi Omega for two years, a Red Cross first aid instructor for three years, and a member of the Frederick County Safety Committee for one year. He volunteered for the Winchester Volunteer Rescue Squad for many years and at varying capacities. He is survived by his wife, a brother and two nephews.

Susan J. Mattice (C ’74) passed away on Sept. 28, 2020. She retired from a 30-year career in teaching music at Windham Ashland Jewett Central School in Windham, New York. She is survived by her daughter, two grandchildren, sister, brother and many other nieces and nephews.

Hugh H. Swink (B ’76) passed away on Sept. 6, 2020. He served in the U.S. Army for two years and worked for the government for 37 years. After his retirement, he partnered with his son, David at Knollwood Landscape Company. He was a member of The Presbyterian Church of Waynesboro, Virginia, and Joe Stickell American Legion Post #15, Waynesboro, Virginia. He also published three books: The Theology of the Holy Spirit, Marriage in the Eyes of God, and The Theology of Prosperity. He is survived by his wife, four sons, six grandchildren, one brother and several nieces and nephews.

Edith May Owens (HP ’88) passed away on Sept. 25, 2020. She spent 18 years in the healthcare industry, then later spent a great deal of time in the Seventh Day Adventist church food bank. She is survived by her husband, James, of 37 years, as well as three daughters, eight grandchildren, 13 great-grandchildren and three great-great-grandchildren.

Russell J. Courter (C ’91) passed away on Sept. 20, 2020. “Atmospheres,” Russell’s composition for orchestra and trumpet, was debuted by New York’s Spectrum Symphony in 2016. He spent four years playing trumpet for the U.S. Army Band at Fort Benning, Georgia, and performed on several film soundtracks and composed the score for the short film, Six Dead Bodies Duct-Taped to a Merry-Go-Round. He is survived by his son, his parents and siblings.

Imogene M. Pannell (C ’98) passed away on Aug. 4, 2020. She is survived by her daughter, mother, two sisters, grandmother, many nieces, nephews and extended family and friends.

Cheryl M. Hawkins (AS ’02) passed away on Oct. 4, 2020. She spent 38 years as a teacher and administrator for the Jefferson County Board of Education. She was also a member of the Charles Town Baptist Church. She is survived by her husband, son, sister and many other family members.

Patricia Saunders Nixon (C ’11) passed away on Aug. 9, 2020. She received national acclaim in three South American countries playing the role of “Clara” in Gershwin’s Opera Porgy & Bess. She performed with the Virginia Symphony Pops, the I. Sherman Greene Chorale, The Chesapeake Civic Chorus, Legacy of Weyanoke and the VA Opera Guild. She was an active member of Ebenezer Baptist Church, serving as chairman of the deaconess ministry and other ministries. She is survived by her husband, a daughter, two grandchildren, her father and two uncles.