Michael Spadafora (HP ’00) was hired as a faculty member of the Lincoln Memorial University Doctor of Physical Therapy program in January 2021. David McCormick (C ’01, ’03, ’09) will be featured in the film, “Black Fiddlers of Monticello,” which is being produced by the Early Music Access Project and Eduardo Montes-Bradley of Heritage Film Project. (Pictured to the left.) Jonathan Noyalas (AS ’01) was a guest on The Tattooed Historian’s Facebook Live on Jan. 28, 2021, for a discussion on the experiences of Civil War soldiers during the winter and published an article called “Why Martinsburg Remained Blue in Red Virginia” on HistoryNet in January 2021. (Pictured to the right.) Sean Griech (HP ’11) was awarded his Ph.D. from Alvernia University with his dissertation titled, “The Role of Ethical Leadership in the Clinical Decision Making of Physical Therapists in Caring for Patients of Differing Socioeconomic Status and Race with Low Back Pain in the United States.”

Aaron Shows (C ’11) will play organ in an installment of the First United Methodist Church’s monthly concert series, Third@First, on Feb. 20, 2021, on YouTube.

BASH Boxing, co-owned and founded by Alexandra Trakas (C ’11), has announced that it will franchise its model across the country. 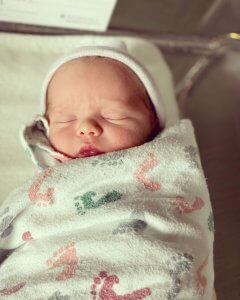 Emily Howdyshell (AS ’15) married Alisa Shellcombe on Sept. 12, 2020, near Harrisonburg, Virginia. Nick Ruxton (AS ’14) was Emily’s Mate of Honor and Josh McCauley (AS ’14) and Liz Grover (AS ’14) were in attendance, as well as Assistant Vice President for Student Life, Justin Allen. Former Vice President of Student Life, Rev. Dr. Rhonda VanDyke officiated the ceremony. (Pictured to the left.) Reginé Bumper (AS ’19) was the keynote speaker for the virtual Omicron Delta Kappa Induction ceremony on Feb. 7, 2021. Ting-Yu Chen (EL ’19) was invited to join the editorial board of the Journal of Performing Arts Leadership in Higher Education (JPALHE) in December 2020. She also presented “Leveraging Your Physical, Emotional and Spiritual Awareness to Reduce Stress and Enhance Your Holistic Wellbeing” during the 2021 National Association of Teachers of Singing (NATS) Virtual Winter Workshop in January 2021. (Pictured to the left.)

James Douglas “Doug” Stump, Jr. (AS ’19) was named the head of Trinity School of Texas in Longview.

L. Norman Butler (D ’54) passed away on Jan. 7, 2021. Butler was a U.S. Navy veteran and a reverend for many years in churches in Virginia, West Virginia and Ohio. He is survived by his wife, three sisters, his two children, four grandchildren, thirteen great grandchildren and one great great grandchild.

Joseph Elbon (B ’62), of Strasburg, Virginia, passed away on July 9, 2019. Elbon was a U.S. Air Force veteran and a retired school teacher with Frederick County Public Schools. He was a member of the Strasburg Moose Lodge 403 and the Shenandoah American Legion Post 77, Strasburg, Virginia. He is survived by his sister, brothers and numerous nieces and nephews.

Nancy Spraker (C ’67) passed away on Jan. 24, 2021. She worked for the Roanoke County school system for more than 30 years as a music teacher and director. She was later an assistant principal at William Byrd High School. She is survived by her brothers, her sister and many nieces and nephews.

Patrick Matsikenyiri (C ’92, ’93) passed away on Jan. 15, 2021. His career included many aspects of church music: singing, choral directing, composing, hymnal editing, leading and teaching. Matsikenyiri was heavily involved with the leaders of Zimbabwe’s movement for black majority rule and was an active contributor to United Methodist church music in Zimbabwe. He was internationally recognized through his work with the World Council of Churches and the United Methodist Church in the U.S. He is survived by his wife, four children, seven grandchildren and one great grandchild.