Robb Britt (C ’84) announced plans to retire from his position as director of Blount County (TN) Schools in June 2022.

Jena Root (C ’93) discussed The Beatles and music theory on a recent episode of the Apple podcast, “Note Doctors.” Bridgett Crocker Emerson (C ’97) is currently showing her artwork in two galleries: the Fairmont Center for the Arts in Novelty, Ohio, and the FRESH exhibition at Summit Art Space in Akron, Ohio. The FRESH exhibition can be viewed online at www.summitartspace.org. (Pictured to the left.)

Joseph Jefferson (C ’10) was selected as the recipient of the Jazz Education Network’s Ellis Marsalis, Jr. Jazz Educator of the Year award. (Pictured to the right.) Tess Marshall (C ’16) made her television network debut on Monday, Jan. 17, 2022 co-starring as Dionne in “Ordinary Joe”on NBC. (Pictured to the left.)

Scout Backus (C ’17) recently joined the cast of Broadway’s “To Kill a Mockingbird.”

Taylor Bloom (C ’17) gave an interview to “MD Theatre Guide” regarding his role as Paul Simon in “The Simon & Garfunkel Story,” presented by Broadway at the National Theatre in Washington, D.C.

Emmy Maguire (AS ’17) began a position as HMDA Compliance Specialist with Guaranteed Rate on Oct. 4, 2021. 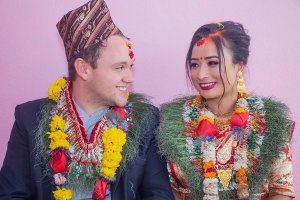 Coleman Campbell (C ’20) has graduated with a Master’s Degree in Musical Theatre from the Royal Conservatoire of Scotland. (Pictured to the left.) Shelby Jones (AS ’20) is engaged to Nathaniel Bussells. The couple plan to marry in Aylett, Virginia, with several Shenandoah alumnae as bridesmaids. (Pictured to the right.)

Avery Sedlacek (C ’20) has signed with The Buchwald Agency in New York. 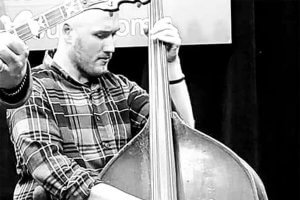 Charles P. Howdyshell (D ’51) died on Jan. 26, 2022 at the age of 90. He graduated from Shenandoah University where he played basketball; he served in the National Guard during the Korean War, and retired from the State of Virginia’s Department of Agriculture. Howdyshell was a loving man who put family first in all that he did.

Sue Anderson Sheaffer (D ’55) died on Jan. 26, 2022. She loved music, especially opera and classical. She sang soprano in several choral groups and served as a docent to the Virginia Opera. Shaeffer became a member of the World Organization of China Painters and was a certified teacher of porcelain painting. She also wrote children’s stories and poetry as an educator. In retirement, she helped produce plays and cultural entertainments for her community.

Stephen Joseph Sabados (C ’98, C ’11) died unexpectedly on Jan. 29, 2022 at the age of 52. He was a member of the American Music Therapy Association and one of the first music therapists to be licensed in the state of Maryland. Sabados spent the last 13 years working as a music therapist for Adventist Healthcare Behavioral Health and Wellness Center in Rockville, Maryland, where he was honored with the Compassionate Care Award in 2016.