EDGE Ensemble is Shenandoah’s in-house new music ensemble. EDGE Ensemble presents a full season of concerts each year, and provides an opportunity for faculty to perform and coach alongside their students on cutting edge repertoire and world premieres. Directed by Jonathan Newman and conducted by Timothy J. Robblee, the ensemble is featured in the biennial Pulitzer Prize Composer Festival concert series. 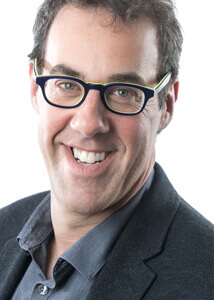 Jonathan Newman composes music rich with rhythmic drive and intricate sophistication, creating broadly colored musical works that incorporate styles of pop, blues, jazz, folk, and funk into otherwise classical models. Trained as a pianist, trombonist, and singer, his work is informed by an upbringing performing in orchestras, singing in jazz choirs, playing in marching bands, and accompanying himself in talent shows. From opera to bubblegum pop, Newman delivers a new perspective on American concert music. Recent work includes Mass, a large-scale project with texts by poet Victoria Chang which premiered in 2018 with The Choir of Trinity Wall Street as part of their Mass Reimaginings commissioning program. In 2016 he was appointed Chicago Youth Symphony Orchestras (CYSO) Composer-in-Residence; CYSO’s 2011 commission Blow It Up, Start Again has been performed by orchestras worldwide, including the Minnesota Orchestra, the Toronto Symphony, the 2015 Cabrillo Festival of Contemporary Music, and the Royal Philharmonic Orchestra at the 2015 BBC Proms. Other recent commissions include Prayers of Steel for Chicago’s Gaudete Brass and These Inflected Tentacles for chamber quartet. Newman’s ensemble transcriptions include arrangements of Beck, George Harrison, Puccini, Sufjan Stevens, Eric Whitacre, Led Zeppelin, and electronica recorded on Acoustica: Alarm Will Sound Performs Aphex Twin. As a MacDowell Fellow, he began work on an opera based on the 1962 cult horror film Carnival of Souls, in collaboration with playwright Gary Winter. He is currently working with Winter on an imaginary ballet suite project for the Florida State University Wind Orchestra. Newman holds degrees from Boston University’s School for the Arts and The Juilliard School, where he studied with composers John Corigliano and David Del Tredici. He resides in Virginia, where he serves as director of composition and coordinator of new music at Shenandoah Conservatory. Timothy J. Robblee is the director of bands and associate professor of conducting at Shenandoah Conservatory where he where he guides all aspects of the wind band program, teaches conducting and conducts the Wind Ensemble and EDGE Ensemble. Prior to his current appointment, he served as the associate director of Bands at Northwestern University where he was also music director and conductor of the Contemporary Music Ensemble. Previously, Robblee has also served as director of bands at Washington State University in Pullman, Washington, and Willamette University in Salem, Oregon.

Dr. Robblee holds a Ph.D. in Wind Band Conducting and Music Education from the University of Minnesota, a Master of Music in Conducting from Northwestern University, and a Bachelor of Arts in Music Education from Whitworth College in Spokane, Washington. He also spent a year at the Munich Hochschule für Musik pursuing graduate clarinet studies. Prior to graduate study, he taught for eight years as an instrumental music educator in the Palo Alto, California, public schools where his students and ensembles were recognized for excellence on a state and national level.

Dr. Robblee maintains an active schedule as a guest conductor in the United States, Canada, Asia and Europe. Among his most recent engagements were the AMIS International Band hosted in Luxembourg, the Asia-Pacific Activities Conference Honor Band in Hong Kong, and regional honor bands in West Virginia, Pennsylvania, Maryland and Virginia. He is published as part of GIA’s Teaching Music Through Performance in Band series. As an advocate of music in the public schools, he has presented at music education conferences throughout North America and adjudicated at numerous music festivals. Robblee maintains active memberships in the College Band Directors National Association, Music Educators National Conference, Virginia Music Educators Association, and World Association for Symphonic Bands and Ensemble.