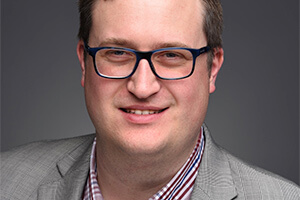 B.F.A., The Savannah College of Art and Design; M.F.A., University of Texas at Austin

Andrew Carson is a nationally recognized award-winning lighting designer. He has designed in theatres throughout the United States. He has won the Suzi Bass Award for best lighting design of a play and the regional BroadwayWorld Award for best professional technical (lighting) design in Atlanta, he was recently awarded the Wilde Award for Best Lighting Design for “Mary Poppins.”

He was the lighting designer for the world premiere of the Grammy Award-winning choral group, Conspirare’s “Considering Matthew Shepard” to be presented on PBS and was the lighting designer for the Savannah Music Festival. Notable designs for the regional theatre include “A Streetcar Named Desire,” “Moon Over Buffalo,” “The Spitfire Grill,” “Ghost the Musical,” “Rock of Ages,” “Mary Poppins,” “A Chorus Line,” the regional professional premiere of “American Idiot,” “Ordinary Days,” and his multiple award-winning production of “Shipwrecked! An Entertainment: The Amazing Adventures of Louis de Rougemont (As Told By Himself)” at the lauded Serenbe Playhouse in Atlanta, Georgia. Opera designs include “The Marriage of Figaro,” as well as the upcoming Opera America Competition.

The most successful and brilliant work a lighting designer can do is usually the least noticeable. — Jean Rosenthal