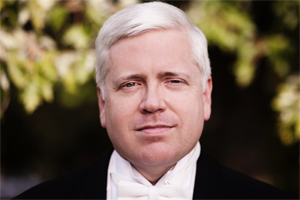 A leading scholar and researcher of the singing voice, baritone David Meyer is an active performer, teacher, clinician and voice scientist. He serves as associate professor of voice and voice pedagogy at Shenandoah Conservatory and is the director of the Janette Ogg Voice Research Center. He is also a member of the Scientific Advisory Board of the Voice Foundation and is the chairman of the Voice Science Advisory Committee of the National Association of Teachers of Singing. In 2010 he received the Van L. Lawrence Fellowship, a prestigious national award in recognition of his contributions to the field of teaching singing and the use of voice science. Dr. Meyer’s students have won numerous awards and have sung in major venues worldwide.

Dr. Meyer maintains an active and varied singing career, appearing frequently in opera, oratorio, and song recitals throughout the United States and abroad. He has sung with the Hessische Staatstheater Wiesbaden in Germany, with the Krakow opera in Poland, and with the Staatstheater Winterthur in Switzerland. His performance credentials include the Indianapolis opera, the Kentucky opera, the Bellevue Opera, and the Muddy River Opera Company. He has performed with the BBC Orchestra at the Aldeburgh Festival in England and at the Concertgebau in Holland, and he has toured with Paul Hillier as a member of Theater of Voices.