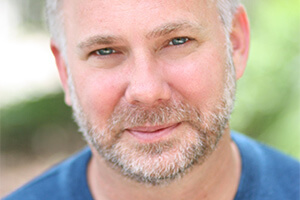 Hudson is a multi-disciplinary theatre artist and educator specializing in the Meisner Technique. He apprenticed as an instructor under master teacher, Maggie Flanigan at her studio in New York City where he was an associate of six years. His teaching methods also include the works of Michael Chekhov and Joseph Campbell. He holds a Bachelor of Fine Arts in theatre from Florida State University, and a Master of Fine Arts in acting from Rutgers University, under the direction of William Esper.

While an actor in New York, Hudson originated roles in Stephen Adly Guirgis’s “Our Lady of 121st Street,” directed by Philip Seymour Hoffman at Union Square Theatre, Julia Chow’s “BFE,” directed by Gordon Edelstein at Playwrights Horizons and Robert Glaudini’s “Dutch Heart of Man” directed by Charles Goforth at The Public. He has performed at The Long Wharf Theatre and La Jolla Playhouse.

As a director, he originated the production of John Patrick Shanley’s short one act, “Banshee,” at The New Ohio Theatre, and Stephen Adly Guirgis’s first public workshop reading of “Between Riverside and Crazy” with the original cast of the Pulitzer Prize-winning script. He has directed several original plays as a collegiate collaborator with The Farm Theater. He enjoys performing and directing the classics of Shakespeare, Moliere and great American dramas.

Hudson is also a playwright. His play “Sweet Storm” was produced off-Broadway and is published by Dramatists Play Service Inc. The play continues to be produced in regional and college theatres.

Hudson is a member of LAByrinth Theater Company and is represented by talent management group Encompass Arts, both of which are based in New York City.

Backstage magazine recognized Hudson as a top five New York City acting coach. His client Elizabeth Rodriguez garnered a Tony nomination for her role in “The Mother F**ker with the Hat.” Other clients hold principal roles in film and television. He served as in-house coach for ABC’s “All My Children,” and worked with agents, managers and casting directors through their referred talent.

Hudson has served on the university faculties of Florida State University, University of West Florida and Ashland University.

He is the recipient of Broadway producer Daryl Roth’s Creative Spirit Award.