Home » Finding ‘Cupid for Christmas’ Locations On and Off Campus

A host of campus locations are featured in this sweet holiday tale about a romantically hapless college professor and an often-unsuccessful Cupid-in-training.

Some of the first campus images seen in the film are exterior shots of the Health & Life Sciences Building and Ohrstrom-Bryant Theatre. The action then shifts to Sarah’s Glen and its adjacent ponds (watch what happens there!) See if you can spot other campus locations featured in the movie:

Also, a host of locations throughout the region were featured.

“First and foremost, the City of Winchester and its business community have repeatedly been extremely generous when our films have needed locations for filming, for this we are forever grateful,” said Paul DiFranco, director of The Film Studio at Shenandoah, who offered an additional special thanks to the film’s location manager and associate producer, Kerri Mariano.

Check out where filming occurred throughout the region: “One of our very first challenges for a location was Cupid’s office, DiFranco said. “We needed a business environment to which we could add the appropriate “Cupid” accouterments. After a short search, the ERA Office in downtown Winchester seemed ideal and in fact it was, with its tall dark wood cabinets and the stone wall which we could light with soft red lights. It was perfect.” 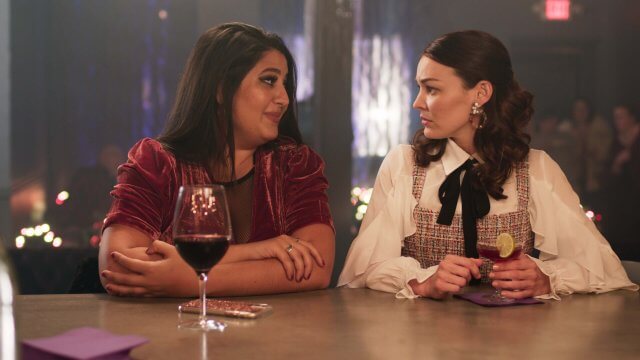 “It was August 10, 2020, the last day of production, but the day in which we planned to shoot the complex and chaotic ‘love fight scene,’” DiFranco said. “The script called for a posh, spacious singles bar. Ruby (our star-crossed Cupid) and Philomena (Ruby’s evil nemesis Cupid) are sitting at the bar watching singles chat each other up. Ruby pulls out her bow and starts shooting arrows into all the wrong guys, who all fall in love with this one female patron. Mayhem ensues as the lovestruck men start fighting over who’s more in love with the girl.

“Kerri Mariano had secured for us the Taylor Wine Room in downtown Winchester and, at very first glance, Blayne and I knew it was the right place. Very classy long bar, plenty of tables and floor space for the fights.

“And as is the tradition in Hollywood movies, this last day of our schedule – 12 hours at the Taylor Wine Room – turns out to be the opening of the film. It was an ideal location for a highly complex sequence.”