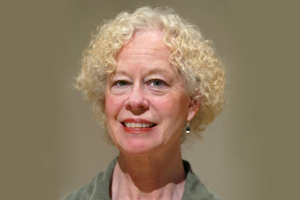 She has been Principal Flute and Soloist with the Meridian (Mississippi) Symphony Orchestra, the Fairfax (Virginia) Symphony Orchestra and the Maryland Symphony Orchestra (1983 to 2004) where she was a featured soloist in 2003 performing Melinda Wagners Pulitzer Prize-winning Concerto for Flute, Strings, and Percussion. In 1989 she was a member of the National Flute Association (NFA) delegation to the USSR and performed in the Moscow and Leningrad conservatories. She was selected to perform William Averitt’s music at the 1991, 1995 and 1998 NFA Conventions. In 2003 she premiered William Averitts’ “Lacrymae” for chorus, solo flute and string orchestra with The Bach Choir of Pittsburgh and in 2004 performed a trio by William Averitt at the NATS Convention in New Orleans with faculty colleagues. She has performed in Germany, Ireland, England, Scotland and Trinidad with Shenandoah Conservatory faculty ensembles.

While on sabbatical in 1987, she attended 20 flute classes at the Paris Conservatoire and wrote three articles about this experience, which were published in Flute Talk. She is also a published author (on whistle tones and difference tones) in Flute Talk and The Instrumentalist. In 2005, Traversires, the journal of the French Flute Society, published an interview/article featuring her research and teaching on intonation.