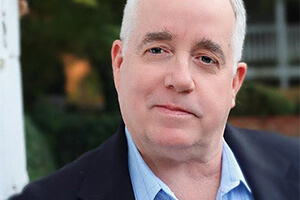 Brady has had a career in the professional musical theatre spanning almost four decades, working in nearly every facet of the industry, as a musical director, conductor, pianist, arranger, vocal coach, singer and actor.

Brady is perhaps best known as the musical director, conductor and vocal arranger for the Broadway smash, “The Producers,” winner of twelve Tony awards—including Best Musical and Best Score. He conducted throughout the production’s entire run on Broadway (1,877 performances) and supervised two national tours and resident companies in London, Sydney and Toronto. Brady went on to work in the same capacity for the motion picture version, in which he appears on screen as the conductor for the infamous “Springtime for Hitler” sequence. The original cast recording (Sony Records) won a Grammy Award for Best Cast Album. Continuing his association with comic genius Mel Brooks, he then served as musical director, conductor and vocal arranger for “Young Frankenstein.” The production was nominated for five Tony awards, including Best Musical, and the original cast album was also nominated for a Grammy.

Brady made his New York theatre debut in 1989 as musical director, vocal arranger and onstage pianist/singer for the off-Broadway revue, “Closer Than Ever,” with music by David Shire and lyrics by Richard Maltby, Jr. It won the Outer Critics Circle and Drama Desk award for Best Off-Broadway Musical. The popular two-CD original cast album (RCA Records) was nominated for a Grammy Award. Other Off-Broadway credits include “St. Louis Woman” (Encores), “Promises Promises” (Encores), “Hey Love: The Music of Mary Rodgers” (Rainbow & Stars) and many appearances on the “Lyrics and Lyricists” series (92nd Street Y).

In 1992, he began his Broadway career working as rehearsal pianist for “The Will Rogers Follies.” He played in the pit orchestra as well and was featured as the onstage ‘stride’ piano player for the song “No Man Left for Me.” Other shows on the ‘Great White Way’ soon followed: “Nick and Nora,” “Cats,” “Les Miserables,” “Crazy for You,” “King David” and “Triumph of Love.” His first job working as musical director/conductor on Broadway was the 1999 dance musical, “Fosse.” He also wrote the vocal arrangements and composed the transition music for this tribute to director/choreographer Bob Fosse. “Fosse” won the Tony Award for Best Musical and the original cast album (Sony Records) was nominated for a Grammy. PBS filmed the show late in its run for “Great Performances: Dance in America.”

Over the course of his career, he has worked in many regional theatres as well: Walnut Street Theatre, Arena Stage, Actors Theatre of Louisville, Huntingdon Stage, Goodspeed Opera House, Theatre Under the Stars, Williamstown Theatre Festival and Berkshire Theatre Festival. As a composer, he wrote the score to the Off-Broadway cult musical “Pete ‘n’ Keely.” The show was nominated for an Outer Critics Circle Award for Best Off-Broadway Musical and has enjoyed dozens of productions in regional theatres since its premiere.

While attending the Shepherd School of Music at Rice University, he sang for three seasons with the Houston Grand Opera in productions of “Norma,” “La Traviata,” “Il Trovatore” and “Conjur Moon.” He studied piano with Mary Norris Tipton, voice with Frances Bible, conducting with Rob Kapilow and acting with Herbert Berghof.

During his thirty years as a resident of New York City, Brady was a vocal coach to many working actors and actresses who have performed on Broadway, Off-Broadway and in regional theatres across the United States. He has taught at NYU Tisch School of the Arts, AMDA, Eugene O’Neill Theatre Center and The Trinity School.