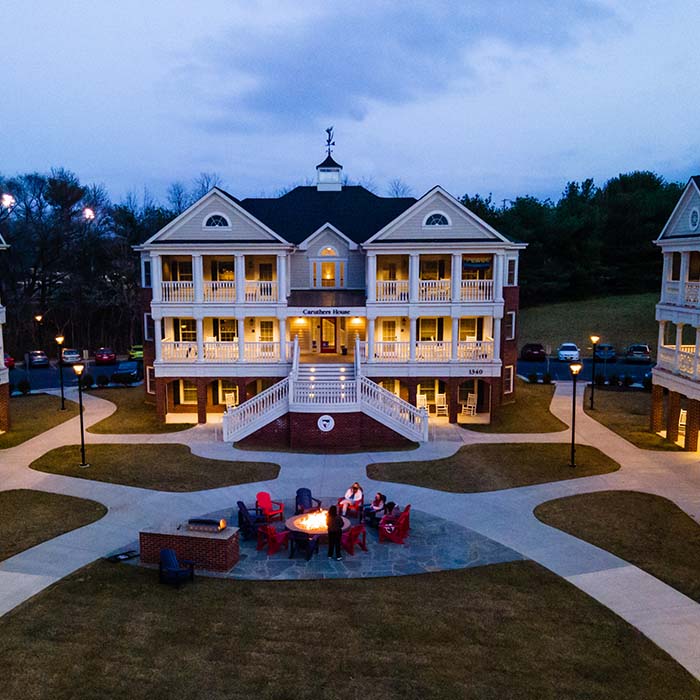 All apartments are fully furnished, including: The Village Apartments are open to junior and senior students. Applications are anonymized and reviewed by a committee. Priority is given to seniors and groups of four applying to fill an entire apartment. Students can apply for The Village as second-year students and/or rising juniors. Village residents are selected based on an application, GPA requirements, conduct history, and a faculty/staff recommendation letter. All four residents must meet the application requirements to live in the apartment. The Village residents are selected to be mentors and positive role models for other Shenandoah students. Residents will be required to provide documentation of the approved mentorship plan.

Village applications are open each spring and can be accessed online via the myHousing Portal. Students interested in The Village will be redirected to supplemental questions as part of their overall housing application.

Caruthers House opened for students in August 2016. The first building in the Village Apartments is named in honor of Preston C. Caruthers and Jeanne Caruthers for their longtime support and commitment to the students of Shenandoah University.

Dove’s Nest opened for students in August 2019 and was made possible by a generous gift from Wilbur G. Dove ‘59 and his wife, Clare. Wilbur and Clare also generously sponsored the fifth building in The Village, Dove’s Nest II.

The Q opened in August 2020 and was made possible by Kathleen Liskey Quarles ’82, ’13, and her husband, Billy.