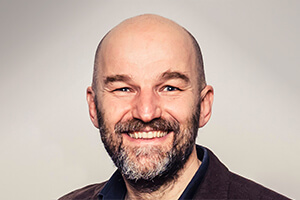 Christian T. Herbst is an Austrian voice scientist. He studied voice pedagogy at Mozarteum University Salzburg in Austria and has worked as a voice pedagogue for about two decades. Driven by his interest in the physics and the physiology of voice, he enrolled in a Ph.D. programme in Biophysics at the University of Olomouc (Czech Republic) from which he graduated in 2012. He has been active as a full-time voice researcher ever since. Christian is currently affiliated with the Department of Vocal Studies at Mozarteum University Salzburg and serves as an adjunct guest professor for the Janette Ogg Voice Research Center at Shenandoah Conservatory in Winchester, Virginia. The focus of Christian’s scientific work is both on singing voice physiology and on the physics of voice production in mammals. He received several international scientific awards, and has published, among others, in the prestigious Science journal. Visit www.christian-herbst.org to learn more.