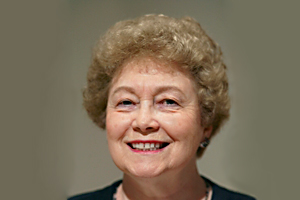 Janette Ogg was a student of the famed Greek mezzo-soprano, Elena Nikolaidi. She engaged in post-graduate work at the Akademie für Musik and the University of Vienna, studying private voice under the tutelage of Eugenie Besalla-Ludwig and vocal literature with Erik Werba. Coaches include Gerald Moore, Geoffrey Parsons, Joan Dornamann, Martin Rich, Karl Pilss and Fritz Kriba.

In addition to performing, Ogg is involved in research, particularly in the fields of vocal pedagogy and voice science, and has received numerous grants for study in Germany, England, Austria, France, as well as the United States. She is a recipient of the coveted Van Lawrence Fellowship awarded by the International Voice Foundation and the National Association of Teachers of Singing for her contributions to the interdisciplinary approach of teaching vocal pedagogy. Ogg is also in demand as an adjudicator and clinician. She has been engaged as an Exchange Artist with Musik der Hochschule, Lübeck, Germany; a Singing Specialist with Oren Brown Voice Seminar, an interdisciplinary-interactive forum at Utah State University; Guest Lecturer with Africa University, Zimbabwe; and has served as a Visiting Resource Artist with the Banff Festival and School of the Arts, Alberta, Canada.