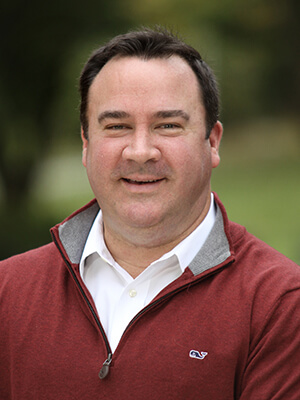 Jay W. Foreman ’98 believes it is important to give back to Shenandoah because, “just as SU invested in me and helped launch my career, it is my pleasure to invest back into SU in the hopes that the university continues to equip others to pursue and capture their dreams. I have been involved financially, but am excited to give back some of my time as well. I will always be indebted to SU.”

Foreman graduated from Shenandoah in 1998 with a Bachelor of Science in Psychology. After earning his degree, Foreman did the one thing that he never thought he would ever do – go into banking. His father, Earl, had an outstanding career in banking. Foreman went to work for Freddie Mac in Vienna, Virginia, but in 2008, he began his current career in writing, launching him down an entirely different path as an author, public speaker and corporate trainer.

“I was instilled with a love of reading and writing at an early age from my family and my teachers,” explained Foreman. “I had always wanted to write a book, and after twenty years of dragging my feet, I decided to give it a shot. Writing led to speaking. Speaking led to teaching. And the rest is history.”

Foreman’s first self-published children’s book was called “Raccoons’ Christmas.” Crossbooks Publishing picked up “Raccoons’ Christmas” and published his second children’s book, “How Christmas Saved the World from Aliens.” His first book for adults was published in 2011 and is titled, “Still Learning.” It is a faith-based, comedic collection of personal stories and lessons Foreman has learned from events in his life.

Foreman has written several more children’s books that include, “Under The Sea Christmas Tree,” “A Calico Christmas” and “My Next Door Neighbor Is A Zombie.” In 2012, he partnered with Valley Health System’s Winchester Medical Center to create “Super Will,” a book about Type I Diabetes. Foreman also collaborated with his daughter, Kayla, for the book, “Our Thing.” He wrote the story of a father-daughter duo struggling to find their special activity that they could enjoy together, and Kayla handled all of the illustrations. Here’s a list of and brief descriptions of all Foreman’s books.

Foreman is the founder and president of 2nd Story Communications, a business which offers a variety of services, including leadership training, motivational speaking, corporate storytelling and writing workshops. He loves to speak and conduct writing workshops for youth to help them get excited about writing.

Some of Foreman’s most rewarding experiences from his career are being a guest speaker at the Shenandoah Apple Blossom Festival® and riding in the festival’s Grand Feature Parade; having three best-selling books; being inducted into the National Speakers Association; becoming a John Maxwell certified trainer and coach; being inducted as an honorary member of Phi Beta Lambda; and traveling to different parts of the country to speak.

With all the accomplishments he has achieved, Foreman credits Shenandoah for helping him reach his career goals.

“Shenandoah gave me the opportunity to graduate and use my degree to open up doors in the workplace that normally would not have been open,” said Foreman.