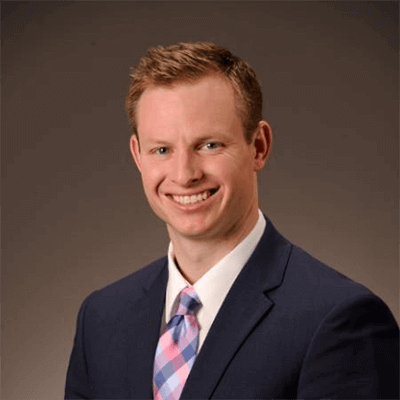 “Shenandoah was the perfect fit, as I wanted a more intimate, smaller school experience.”

This was just one of the reasons why Greg Van Sickler ’11 chose Shenandoah University. “First and foremost, I wanted a business degree, and the School of Business has a reputation that speaks for itself. I also wanted to continue my baseball career, and coach Kevin Anderson was a strong reason why I chose SU.”

Shenandoah gave Van Sickler the opportunity to continue his passion playing baseball after high school and helped him develop the skills necessary to succeed in the business world. He owes his experiences at the university to why he landed his dream career in sports.

The foundation of Van Sickler’s career is now centered around baseball, and as a premium sales account executive for the Houston Astros, he couldn’t be happier. His role is to generate revenue for the organization through the sale of their ticket inventory. His main focus is selling nightly suites and helping companies and families entertain their guests at Minute Maid Park in Houston, Texas.

One of Van Sickler’s most rewarding experiences with the Astros happened recently, when he helped organize a suite night for the local police departments, first responders and flood victims after Hurricane Harvey. “It was a special moment to see their smiles during the game and help give them a distraction from the devastation for a few hours. They were extremely grateful.” He also said it was a thrill to be a part of the Astros winning the American League West Division for the first time in 16 years.

Van Sickler has made it a point to give back to his alma mater by helping to influence future Shenandoah graduates. He has spoken to groups of students in the past, and often conveys the messages that include placing an emphasis on building professional connections, becoming a marketable asset and discovering a passion. Most recently, he became a mentor to Shenandoah junior Luke Nussman through the university’s Leadership and Mentoring Program (LAMP) within the Harry F. Byrd, Jr. School of Business. In July, Van Sickler hosted Nussman in Houston and offered him a look at the inner workings of a Major League Baseball organization.

The advice that Van Sickler has for future students is: “Find your passion in life. Then be proactive in finding a person in that field of work and reach out to them. Learn what steps they took to be successful and it will open a world of opportunities. There are so many great resources on campus to help students find a meaningful career that go underutilized. I strongly encourage students when they are early in their college years to reach out to successful professionals and ask for advice. There are so many alumni that want to help, but a lot of times it takes that first step to reach out. Doing so can jumpstart your career tenfold.”