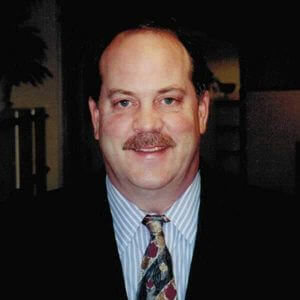 After receiving an honorable discharge from the United States Marine Corps, Jeffrey L. Harding ’81 began his first semester at Shenandoah University. Shenandoah was flexible with his admission and he was able to graduate in three years, graduating with honors and receiving the Barclay History Award.

“SU continues to excel in all levels of academics,” said Harding. “The campus is beautiful and continues to grow. The administration, from president on down, are remarkable and user-friendly.”

Harding’s fondest memories of the university is meeting his wife of 35 years, Yvonne Harding ’79, ’80, (they’ve been together for 41 years), and Director of Shenandoah University’s Community History Project and History Professor Warren Hofstra, Ph.D, who instilled in him a love of history.

Harding is a litigation attorney for Sasscer, Clagett & Bucher in Upper Marlboro, Maryland, and was named a 2019 Super Lawyer, in the Greater Metropolitan Washington D.C. area. The award is bestowed by Super Lawyers, a nationwide organization that tracks and evaluates the work of outstanding practicing attorneys. Harding has received this distinction every year since 2007, and has been listed in the influential Baltimore Magazine as one of the top 100 Maryland lawyers, in the category of criminal defense.

Before his current position, he served as assistant state’s attorney for Prince George’s County Maryland, as a senior trial attorney in the homicide division. One of his signal cases was even reported in Reader’s Digest magazine. Harding has been admitted to practice before the Fourth Circuit U.S. Court of Appeals (Richmond), the U.S. District Court of Maryland, the Maryland Court of Appeals, the U.S. Tax Court and the U.S. Court of Military Appeals.

Harding is also on the Board of Governors of the Maryland State Bar Association and is immediate past president of the Prince George’s County Bar Association, where he served as chairman of the Judicial Selection Committee as well as panel chair of the Attorney Grievance Commission.

For all of his incredible achievements, Harding was awarded Shenandoah University’s Distinguished Alumnus Award for Young Career Achievement in 1993.

Harding believes that by obtaining his degree in history, and serving as a research assistant to Dr. Hofstra, he gained valuable experience in writing and research, which prepared him for law school.

Harding’s advice to students is: “Have fun and work hard – balance is the key.”